And the Oscar Goes to… GOOGLE, with ‘‘An Octopus Story’’!

Despite the least number of eyeballs in history on this year’s Academy Awards ceremony, the few deliciously winning ads had the potential to move audiences even more than the nominated films! 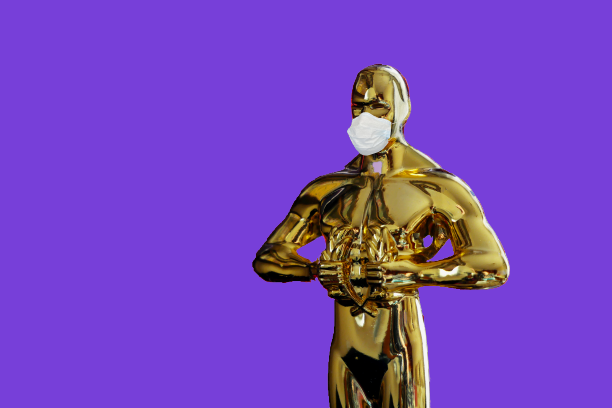 We had all adjusted our expectations from the Oscars for this year’s ceremony. We knew we’d see less of our favorite actors and get connected to less of the content as most of the contending films bypassed movie theaters. However, the event fell even shorter than anticipated, feeling more like a bland, never-ending Zoom call than a glamourous escape from everyday reality. The viewership numbers reflected this, hitting all-time reported low (down to 9.85 million from a 5-year average of 29,38 million, according to Nielsen) which was likely hard to swallow for many advertisers who paid 2 million USD for each sold-out 30-second ad slot. The true winners were the few brands that managed to still serve up delicious ads by baking their Oscar campaigns with the perfect recipe to truly cut through the rather glum night and outshine the ceremony.

Here are our 3 key take-outs from those brands and their winning recipes, along with some less honorable mentions:

1.              Steal the show by becoming a part of it: Google ‘stole the show’ with not 1 but 2 of its commercials. Some critics even note the commercials were loaded with more emotion than what we’ve seen from half of the nominees! The star of the show, ‘‘An Octopus Story!’’ tied into the documentary ‘‘My Octopus Teacher’’ which eventually won an Oscar at the end of the night.

Here’s what made the ad so great.

a.    Relevance: With a year spent literally at home for many, it’s impossible not to resonate with a lockdown plot – a bored boy stuck at home, and his father scrambling to find an activity. However, topical relevancy is not the only, or the most striking edge of the Google commercial. The commercial is contextually perfectly relevant as well. In fact, what Google has brilliantly managed to do is to wrap its ‘tentacles’ around the concept of ‘learning from home’ only to create a fantastic new idea from it. An idea that succeeds kneading in an entire context into an ad in the most meaningful way.

b.    Evoking Intense Positive Emotions: Imagine for a second that this ad was told from the perspective of an adult. ‘An Octopus Story’ is a true testimony to the fact that the ‘how’ of showcasing an idea deserves more effort than the ‘what’. Witnessing the story from a child’s point of view makes all the difference and melts your heart. We feel his genuine excitement when he enters the Zoom call dressed up as an octopus. We become a part of his selfless joy when his virtual friend is swimming on top of his father’s head.

c.    Exceptional Brand Fit: Remember the spot’s end-line reading “Helping bring learning to life. Search on.”? Wouldn’t you agree that the octopus in the documentary and the search platform in the ad both enable us to learn immensely about life? Now that’s a perfect brand fit. We also get to see Google’s brand cues and parts of its ecosystem everywhere throughout the commercial. We’re tagged along the 8 tentacles on a journey to discover how a brand can help feed our curiosity constantly. Even the way the Google logo is revealed after the octopus swims away is perfectly executed on-brand.

d.    Engaging Experience: The commercial grabs attention in the first three seconds. Even with the sound off, it pulls the viewers in to willingly watch the whole one-and-a-half-minute duration as it does an amazing job at maintaining interest! In addition, the way augmented virtual reality is used in the ad is extremely engaging and definitely not something we are used to seeing on TV.

e.    Single-Minded Storytelling: Google could have told countless different stories in a TV commercial, yet it has chosen to focus on a single tale; search to learn. This deliberate choicefulness is what brings clarity to the ad, and everything else (Google Hangouts, AR/VR, Google Maps…) aligns accordingly, in service of delivering this single-minded message.

2.             Keep the focus tight and execute it right: Only by becoming a part of the focus of the story your brand can shine enough to be a hero in it. This is exactly what Rolex did, by taking the viewer through a cinematic journey in the context of peak Oscar moments while still keeping the focus on what makes its own brand unique.

By showcasing what it takes to create a masterpiece, Rolex meticulously explained the finesse of filmmaking, while tying it simultaneously to its Haute Horlogerie. While the ad resembled what Rolex did during the 2017 Oscars ceremony, they pulled off a wonderful job in re-shaping the idea around films and watches to land on an original, single-minded and up-to-date story.

3.             Relate through reality: The 2021’s Academy Awards made history for its diversity, finally acknowledging the shifting reality to recognize and embrace it. Seventy women’s work was recognized across 23 categories, and 9 people of color were nominated for their acting, which led to history-making victories. This celebration of diversity and inclusion captured in the nominees and winners lists was also elevated by some of the supporting brands.

Google’s second ad took part in this act by telling a personal story on accessibility. The ad’s title, “A CODA Story”, is short for “child of a deaf adult.”  While the subject was about something very technical, highlighting Google’s live captioning technology, it felt more like a touching short documentary than a product ad.

Viewers witnessed the naturally narrated real life of a Google employee and what it feels like to communicate for millions in a world already challenged by the barriers of distancing. The moment where the baby asks for ‘‘more’’ in sign language is especially endearing. Tapping into the very matter of inclusivity in society in the most natural way, “A CODA Story” stood out because it related to the real-world authentically.

The un-authentic, un-relatable and un-original ads fell into the fog of the ceremony, dimmed by the aforementioned Oscar-worthy ads. The days when a celebrity or an Academy Award-winning actor simply stars in a commercial to make it Oscar night-related are long gone. Take a look at the Adidas ad that premiered at the Oscars, the Resorts World Las Vegas commercial or the Corona ad which premiered on the Golden Globes and was re-run during the Oscars.

Do you recall Beyonce, Adidas, or perhaps neither from the ad? Do you relate to being on a paradise-like island or enjoying a drink with a holiday spirit during these days in the context of the ongoing pandemic, when so many are unable to travel? Do you think these tourism-themed ads are distinctive enough?

Just being present for the sake of getting a slice of prime-time views will not generate engaged viewership or relevance. More likely, you will trigger your audience to switch to their second or third screens.

The role of brands during broadcast events in this era should be to write themselves into the very script of the event by injecting some of the event’s contextual stardust into their communication and create a fresh baked idea around it.