5 Lessons in Brand Building from Game of Thrones

What does the potentially biggest brand in current day storytelling have to offer? 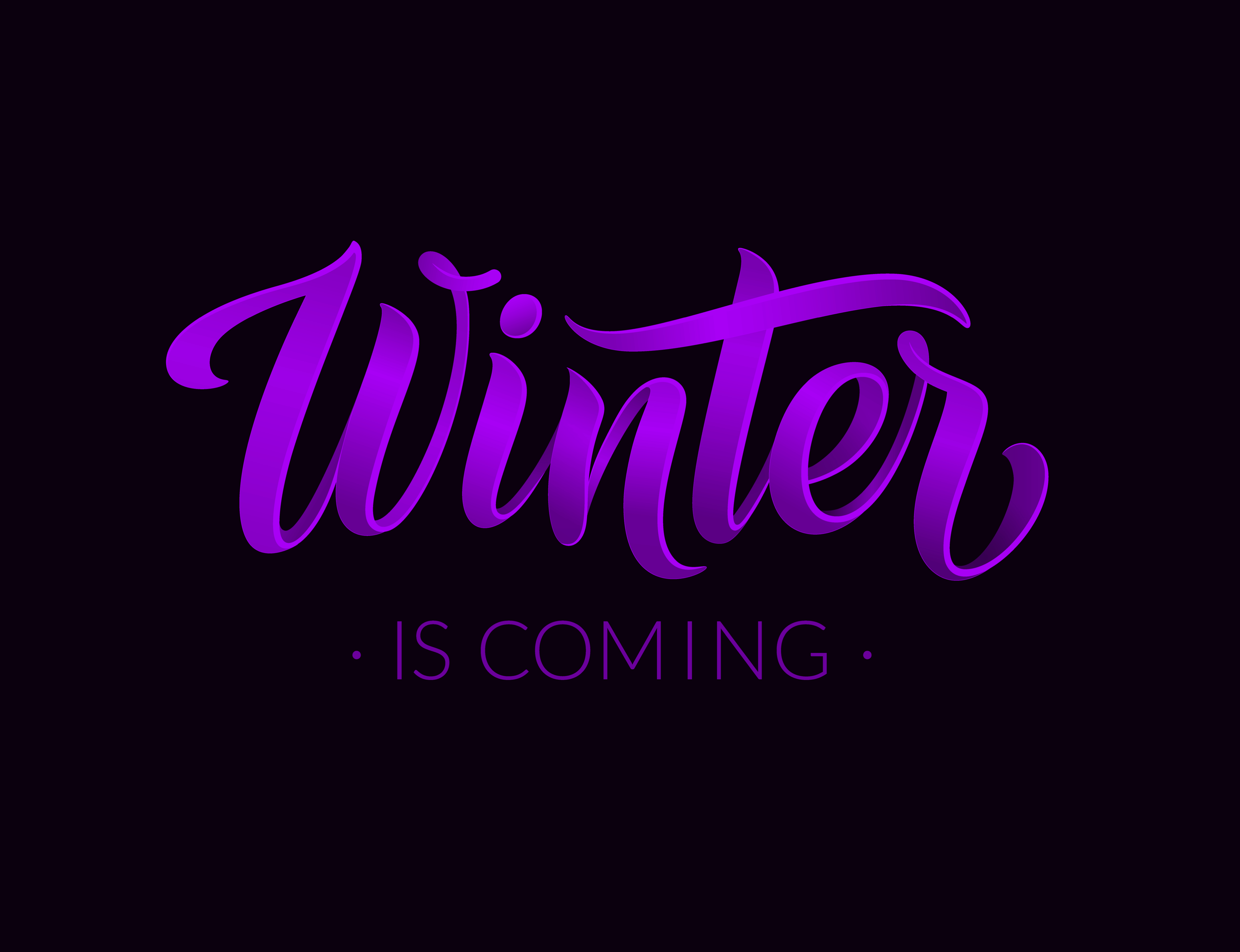 As Game of Thrones, the potentially biggest brand in current day storytelling, arrives at a certain end, it leaves a mark not only as record breaker of sustained viewership and generator of more than 100 brand and license partnerships, but also as a solid case for learning on how and how not to manage a beast of a brand that grew exponentially through the love of its audience as every its move was laid bare and analyzed to bits. For those frustrated with how things panned out as well as those satisfied with the show’s conclusion, its epic story will certainly live on, not least with the hugely anticipated publication of the remainder of the book series it was based on. The series commanded a level of fan engagement many brands can only dream of, but it is a double-edged sword.

“There’s nothing in the world more powerful than a good story,” key character Tyrion Lannister says at a pivotal point leading to the culmination of the new ruler being decided upon in the finale. “Nothing can stop it. No enemy can defeat it.”

And with great stories come great responsibility. Once it is out there it is no longer “yours”, dear writer, showrunner, or dear CMO and brand team. It belongs to the boss – the consumer – and in this case the fans, viewers and readers. Judging from the initial somewhat negative reactions to the final season, from a brand strategy perspective, it appears what burdened the disappointed is actually rooted in a typical brand communication conundrum. So, whether you were among those watching who found the final season tied up loose ends gracefully with poetic justice, found it rushed and contrived, or have been a bystander just observing the immense scale of the franchise, here are 5 take-aways, from the lens of brand strategy with managing an impassioned community in mind:

1. Know your audience – The obvious foundation of any brand is the deep understanding of your audience as integral stakeholders. The polarizing pushback that fans of both the show and the book series it is based on have shown in regards to the turns the story took in its last few seasons demonstrate the level of care they have for it. This passion is of course much preferable to indifference, possibly the worst thing that can happen to a brand putting itself out there. However, not acknowledging the expertise and faith of the fans, and their ownership, by not interacting with them, leaving some of its actors to fend off public criticism while remaining mute, may not always be the best interest even if the show’s brand is opaquely mysterious. We are in the interactive transparency and accountability era, dealing with a story that is basically already known. Frustrated fans needed some more authentic real-time response (beyond the behind-the-scenes documentary and the showrunners’ announcement that they would be purposefully disconnected from the world for a “safe time” after the show ended). The dilemma for many brands now is reconciling the “take it or leave it / big reveal” one-way content serving nature of big branding and big showbiz, while successfully engaging with actively intense fans without whom they would not exist.

2. Honor your heritage – As any manager or team taking over a legacy brand knows, carrying the weight of heritage while progressing the brand forward is a delicate matter. Deciding what to cut loose and what to build upon during a transition (in this case from the books to the show) is tough. When your tribe claims greater ownership of your story and knowledge of what parts of its DNA are most relevant than you do, it creates a massive credibility problem. It is not enough you are bringing great things into the world today if you don’t link back to your roots that created the bond in the first place. The showrunners of GoT were criticized at several points for not seeming to have a handle on the lore, prophecies and origin stories of several key characters. These are the essential points of difference for the books and Game of Thrones and the basis on which thousands of very sound fan theories were spawned. Many held out hope for the key prophecies (especially Azor Ahai) being more explicitly addressed in some way, while others were appalled the writers did not seem to have a grasp on Samwell Tarly’s brother being older or younger than him with many key background stories left unexplored.

3. Show, don’t tell – This is the true cliché and 101 of storytelling, content and communication strategies alike. A lot of negative fan reaction was focused around the hasty pacing of the final episodes, seemingly skipping important character developments and turning points to later having to spell out certain motivations in post-episode commentaries. This distinguishes between a great idea and the execution of the idea in storytelling and brand communications – especially critical in a story like GoT which is built around an age-old idea (power corrupts) but relies on differentiation through in how that idea is executed (disrupting fantasy tropes of good vs evil, building complex and subversive character arcs rooted in deep background mythology and observing a disdain for tidy, happily ever after conclusions). Without showing key turns and milestones a lot of gaps had to be filled through assumptions or told after the fact, whereas many fans would like to have seen at least some key moments play out? (Jon’s true identity reveal to the Stark sisters and their reactions, Jon’s confession of the murder he commits in the finale, where Bran/Three Eyed Raven warged to and why he shared such a long moment with the Night King, to name a few. A lot of demonstrative responsibility ended up on Drogon’s scaled shoulders, whose deeply metaphorical scene attacking the throne spelled out the main message of the throne being the ultimate corrupter and killer of those in pursuit of power (though we will never know if it was that smart to recognize the true culprit or simply connecting a knife in his mother’s heart to a chair made of knives).

4. Create consistency – The golden rule of sustainable brand building begins with being clear and consistent about purpose, character and executional equities. Even with the best intentions, many brands and writers alike can fall into the trap of veering off-equity in an effort to arrive at a great idea execution or tie up loose ends between different storytelling threads. The perceived “dumbing down” or inertia of key characters, to perhaps set fans up for a more impactful turn of events in the finale, was offset by seemingly major sudden shifts in their archetypes: the sharp descent into submissive silence of broody underdog hero Jon Snow/Aegon Targaryen, sage jester Tyrion’s apparent regression in quality decision-making, the indignant withholding of wisdom by sage Bran who also refused to use his scouting ability when it was most needed – though now explained way with how he came all this way to land on the throne and presumably wanted things to go exactly as they did – , the inconsequentiality of the White Walkers for some in hindsight. Daenerys’ turn as tyrant ruler shocked many show-only fans– though book readers were privy to her tendencies through consistent exposure to inner monologue from early on, while some characters appeared to lose their defining purpose altogether – as in Brienne of Tarth reaching a peak by being the only knighted woman, then being reduced to a stereotypical female wallowing after her lost lover, or Jaime’s redemption arc being cut short and years of rehabilitation apparently gone to waste. It was also painful for fans to point out executional inconsistencies between sets, locations and props after seasons of excellence in production values.

5. Plan for continuity – This is not just about the technical continuity of content (beyond coffee/teacup-gate and the modern-day water bottles hiding in plain sight in the finale) but the continuity in harnessing the community, without which neither a story or brand can simply continue existing in a void. In absence of planning for how the community will live on, engagement gaps happen often when brands launch too many fragmented channels and micro-platforms around initiatives that are then left to fade out once the peak event has passed, with little way to “ingest” them into a main brand hub for post-event engagement afterwards. One of the franchise’s and HBO’s greatest challenges now may be how to keep millions of active fans in the ecosystem without creating a graveyard of a community (already decreasing in core fan engagement on key forums as we now move past the post-show documentary aired on May 26), until they attempt to resurrect them for the announced prequels.

Ultimately, perhaps the duty of watching the show through to the end weighed greater than fans’ waning love. Now may be a good time for the showrunners to break the wall (or showbiz franchise wheel) by truly reaching out.

*If you were searching for information on “Bran the Builder” instead, please refer to the amazingly rich fan generated content on A Wiki of Fire and Ice, Reddit and Fandom