And collaborations is not the only enabling medium! 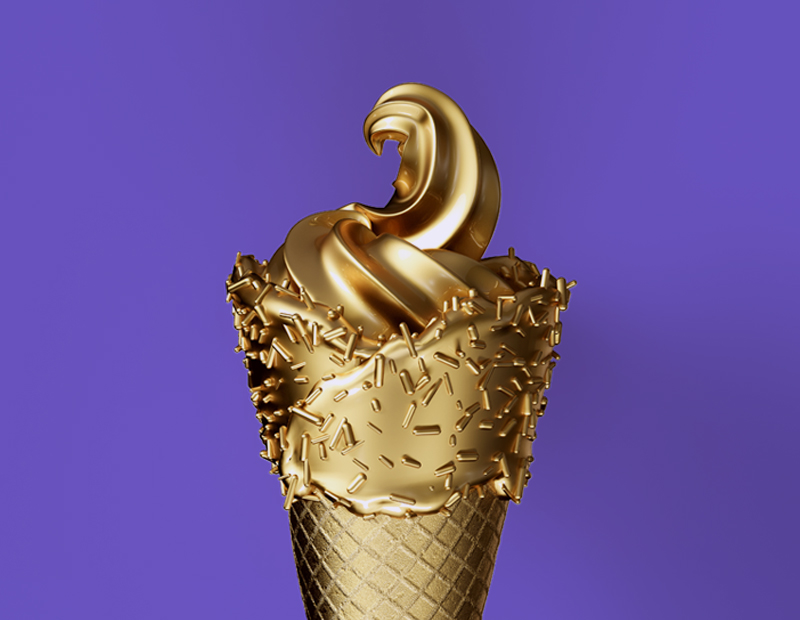 Have you been one of those fashionistas waiting for the 7th of November to cue in front of an H&M store or ‘camp’ across from your laptop with the hope of getting (even if it’s only one piece) a bite of the Giambattista Valli X H&M collaboration.

Well, you are definitely not alone to do so! Previous experiences have proved that this too will result in huge success. The tulle skirts have indeed sold out in minutes, every social media platform got filled with the collaboration’s feeds, and the hype still remains there, even after two weeks.

However, the collaboration itself is a bit different this time around. It’s not just ‘a mass brand joining forces with a high-end fashion designer’ anymore. This one is a ‘haute couture spirited’ collaboration. So haute couture that it raised conversations like “who is it going to be next time around? Will H&M be going after Chanel?”. The truth is, this collaboration is a part of an ongoing ‘premiumizing’ trend.

Collaborate Your Way Up To Premium
Just a month ago, a similar partnership was celebrated in the household industry. Ikea collaborated with Virgil Abloh (CEO of Off-White and the creative director for Louis Vuitton’s menswear collections) on a fifteen-piece collection that was immediately out-of-stock after the release. Virgil’s edgy and inspiring design angle uplifted the mass brand to premium territory. It was the same when the mainstream automobile player Fi-at collaborated with the luxurious yacht brand Riva to design a special edition model back in 2016.

Do you see the pattern here? Mass is going on premium, and collaboration is not necessarily the only enabling medium!

Give Me Something New To Meet The High-End Needs
A few years ago the nail polish brand Essie, introduced a new product line called ‘gel-couture’. Gel couture has better quality, and the polish lasts longer on nails. Yes, we are talking about Essie’s twirly bottles! They are priced higher than the brand’s regular products. This new line has been performing very well since the launch.

Likewise, Unilever’s ice-cream brand Breyers launched a premium ice-cream line called ‘Breyers Gelato Indulgences’ after carefully studying the building demand to-wards premium ice-cream. Even naming the product as ‘gelato’ (means ice-cream in Italian) is a part of the ‘going on premium’ deal, since the word shines a light on the authenticity aspect of the taste.

Another example is from the brand which disrupted the whole accommodation industry. Being famous for democratizing finding a stay-in spot when traveling Airbnb did make an unexpected move towards luxury. The brand commenced a category called ‘Airbnb Luxe’ where super-luxurious houses are rented with the motto “Extraordinary homes with five-star everything”.

And then, there is, of course, the Starbucks Reserve example. Maybe the most striking one of them all! Being ‘the’ mainstream brand for coffee, Starbucks created a new brand and started pouring millions into it just for the sake of becoming more ‘premium’. A smart move to make, to defend its ground after the rise of the third wave coffee shop trend. Just to remind you, Starbucks opened more than 1500 premium roasteries in less than two years of time.

Why The Sudden Interest
All these examples lead us to a single question, why the sudden interest in premium? The first answer is value creation. Mass names that take steps towards the premium end, certainly generate added brand value. Think about it as a tool to inject freshness and quality into the brand essence. Plus, premium moves invite another crowd to buy into the brand. A wealthier crowd that feels more ‘comfortable’ to be engaging with your brand since you have the right attributes to allure them now; which takes us to the second answer, revenue generation.

When studied from the brand perspective, this kind of approach reflects the dynamism and being open to change which are extremely important qualifications for being a future-proof brand. Going on premium through the paths expressed above are ways of demonstrating just how far-up mainstream brands can reach, without compromising on their existing brand identities.

In a world where the market is getting more and more polarized, where the middle-brands are continuously losing ground to either mass or premium competitors it is understandable for a brand to desire to be covering both ends of the spectrum. On the other hand, it’s equally understandable that a high-end customer might prefer to walk around with the black Starbucks Reserve cup at hand, instead of the regular white one. However, one must be extremely careful while structuring the strategy around ‘going premium’ in order to make the efforts sustainable. After all, no one would like to be perceived as doing something just to ‘fit the trend’ and be framed as just another follower.